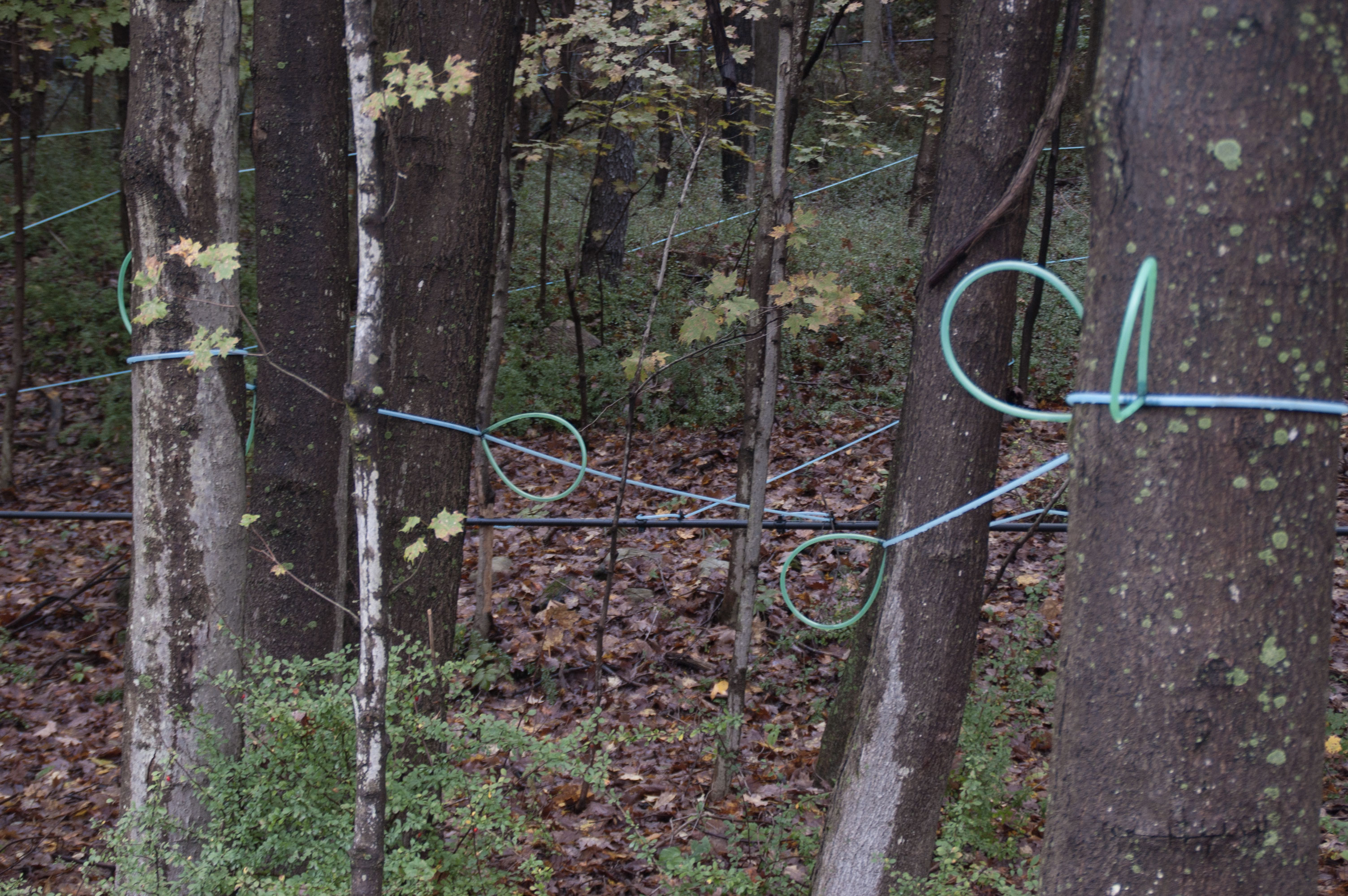 A tour of Crown Maple

One of the benefits of being in the country is getting back in touch with our food sources. Towards that end we went on a couple of farm tours last week, courtesy of the Oblong Land Conservancy as part of their series “Agribusiness in the Harlem Valley: Conservation in Action”. One of the two tours, our visit to Crown Maple Farm, was absolutely amazing.

Crown Maple is a pioneering venture, both form a business and environmental perspective.

They are a pioneering business because they have realized what an untapped (I know, bad pun) resource maple trees are within New York state. We sit in an environmental sweet spot where our trees grown to considerably larger size than those in Canada (the largest maple syrup producer), but still have the cold weather required to really get sap running. This means that if New York were to effectively tap their massive maple tree population we could become the largest producer in the world and literally create a billion dollar industry.

They are a pioneering from an environmental perspective because they have invested a huge amount to produce the most sustainable and environmentally conscious production facility.

Below are some of the highlights but I can’t hope to capture the full bread of what they have created, so I recommend taking a look at their website for more on their methods and facility. 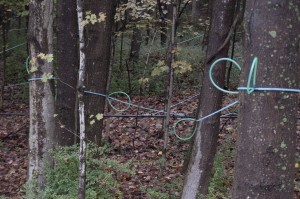 Our first sign that this wasn’t your typical maple sugary was on the approach to the main processing facility. The road weaves through a massive forest of maples and as we drove we saw that all the trees were interconnecting in a complex tangle of surgical tubing. We realized immediately these guys were well beyond drilling holes and hanging buckets. We later found out that the surgical tubes are sterilized before inserting them into precisely drilled holes, enabling the tubes to go in without the tree sensing a breach in its bark and attempting to block it. This keeps Crown Maple from having to drill holes as often and helps protect the trees. Additionally these tubes don’t just pull sap based on gravity and natural pressure, they connect to a massive vacuum that draws the sap from the trees, producing higher yields than traditional methods.

The obvious question is, does it hurt the trees to suck out all their sap? We found out the answer is ‘no’. The maple trees produce sap to help repair breaks and damage from the winter months. Maples are the most robust trees in the North because they produce the highest amount of sap, allowing them to overcome much more damage than other trees. An undamaged has a surplus of sap, and thus can be tapped. A damaged tree needs its sap so Crown Maple reduces or completely removes the taps for the season. 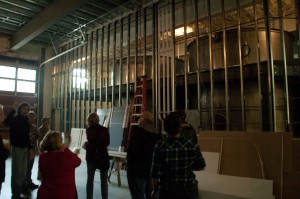 In producing a high volume of raw sap, Crown Maple needs to process it quickly and efficiently for the highest quality syrup. While it is possible to store the raw syrup before processing it is likely that natural yeasts will start to convert the ferment the sugars and taint the product. So, to move quickly and maintain quality Crown Maple doesn’t store the sap for long, it processes it all the same day. And while they do store it they house it in massive sterile stainless steel vats, minimizing the potential introduction of yeast. 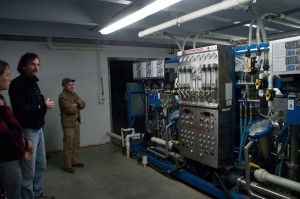 While many people associate ‘sustainable’ and ‘green’ with back-to-the-basics and low-tech approaches, Crown Maple is using technology to improve their sustainability. A key component we saw was a massive Reverse Osmosis machine (R.O.). The R.O. draws water out of the sap through a complex system of filtration. Traditionally the raw sap is cooked down to reduce the water and concentrate it into syrup, but this process uses a tremendous amount of energy in the form of heat to concentrate the syrup. The R.O. machine uses a fraction of the energy to remove the water and reduces the environmental impact of the process. 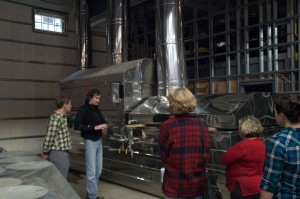 While the R.O. removes the bulk of the water, the sap still needs to go through a heat based evaporation process to become syrup, to concentrate the sugar further and give a slight caramelization that gives syrup its color. The Crown Maple evaporator is also technical wonders, using a system that snakes the syrup through it in a way that captures energy that would to heat the sap twice.

The most exciting aspect of the Crown Maple project to us is outside of the processing facility, it is their plan to start a cooperative of maple growers. Every person in the Hudson valley has a few maples, and their plan is to give local land-owners the tools to tap their trees in a sustainable and efficient manner, and then pool the sap with their own to produce Crown Maple syrup. This is a win-win for the Hudson Valley region as it gives landowners an additional means of income, and will allow Crown Maple to become the biggest maple sugary in the United States.