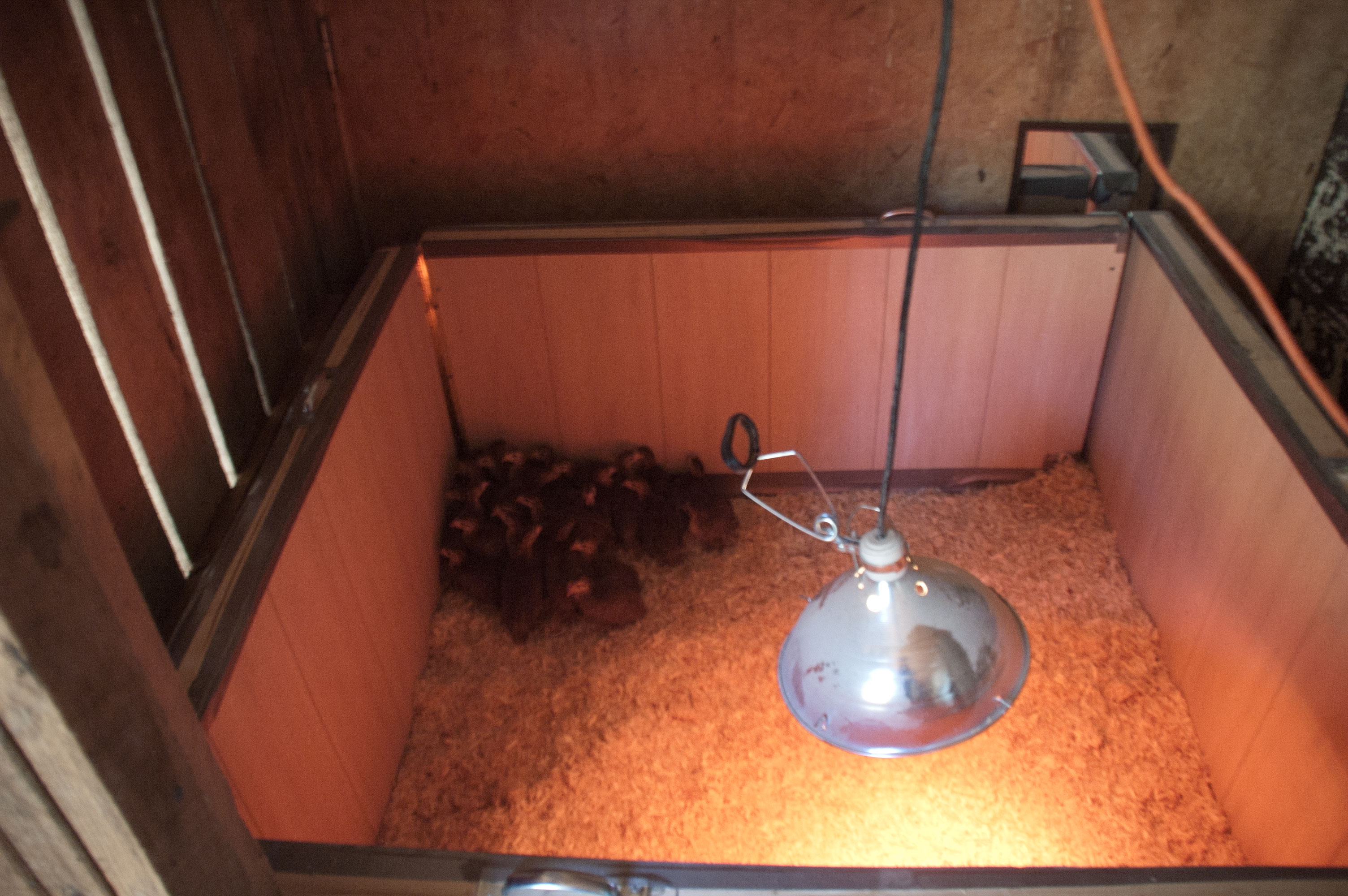 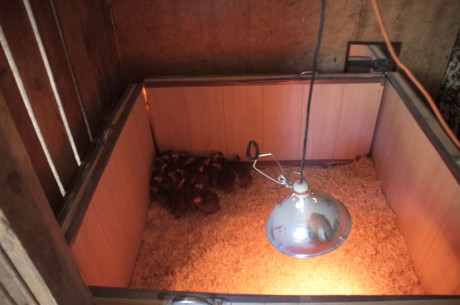 Young keets in our collapsable pen

We got the keets a lot later this year, they did not arrive until mid-March. After only a few weeks of living in the house we have succesfully moved them outdoors. They are a lot more skittish this year than last year. Our guess is because of the bedding change from newspaper to wood chips. Since we used newspaper last year and the birds kept getting ‘poop boot’. We had to pick them up every day and clean their feet, and consequently they got used to the idea of being handled. This year we have had them on wood chips, no ‘poop boot’, and thus they are much more wild – they run in absolute fear when we come near. Hopefully this fear of others will serve them well after they are released by making them more wary of predators.

← Guinea Pens
Another year, more Ramps! →
Feathers and Flannel documents our life homesteading on a small farm 90 miles outside of New York City.