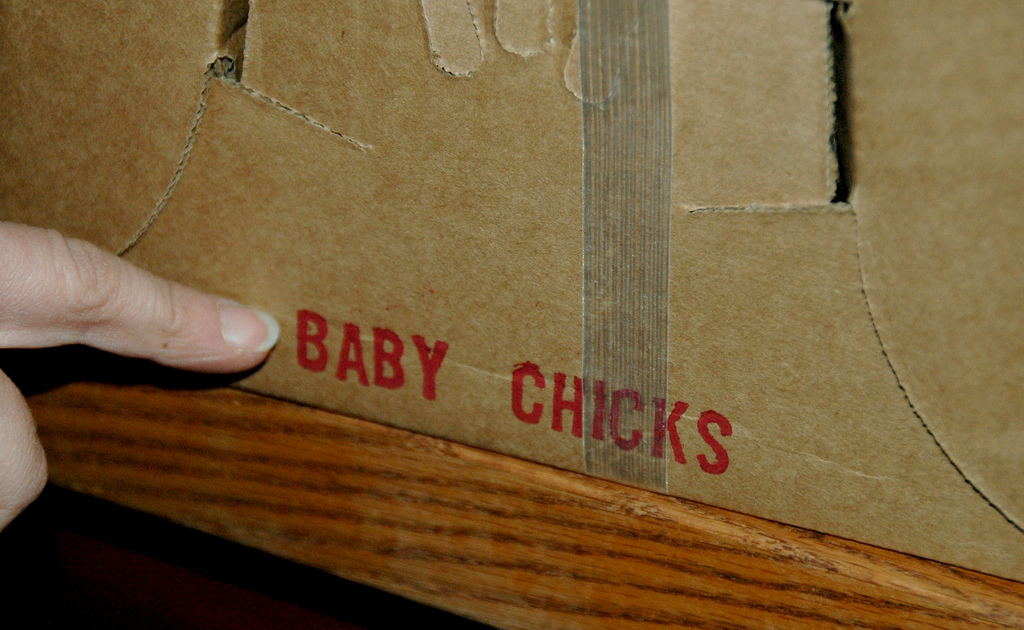 Welcome to the Henhouse

So….it turns out you can order Guinea Hens through the mail.

It all started on the day we moved in. After lugging furniture (two trips in a U-haul) until 9pm, and finally giving up and leaving our sofa in the garage, we came in and planned pass out for the night. I stripped down to shower and noticed a couple of moles near my armpit that were new. I have a lot of moles, but they don’t pop up that fast, so I was disturbed. I was further disturbed to find that they weren’t moles, but ticks. Now, I had been wearing and long-sleeve shirt and a hat, so these were persistent ticks to get that far in the matter of a day. Amanda plucked them off and we didn’t think too much of it.

Over the next few weeks the dogs wandered in day with a few ticks on them. Even as the temperatures dropped into the 30s the ticks were still there. Even worse, one managed to get into our white dog and engorged itself to the point that it was the size of a kernel of corn. We plucked that one off, saved it in jar, and it lived for another two weeks – slowly shriveling up as it lived off the saved blood in its belly. As of that incident we started to dread the summer, knowing that tick bits  are going to become part of our everyday.

One of the main reasons we moved up here was to grow our own food, so the idea of doing some serious DDT like spraying to get rid ticks wasn’t really an option. So, we began looking for natural alternatives. After a night at our neighbors house, one of our neighbors mentioned that a past owner of our house (the same one that owned the sheep) had a small flock of Guinea fowl to keep the ticks at bay.

When we moved up here we talked about getting chickens, but it was pretty low on our list, well after a donkey and some goats. I like eggs, but Amanda doesn’t, and we don’t really love meat enough to want to kill our own animals –  so, it didn’t really seem worth the hassle. However, if we could get poultry to eat all of the ticks on our property, that was definitely worth it. Plus, Guinea fowl are much cuter (in the spectrum of farm fowl) than chickens.

And that lead us to today. We received a voicemail at 4:50pm from our local post office. We had ordered Guinea fowl online from J.M. Hatchery in Pennsylvania and they shipped them via USPS the day they hatched. The post office won’t just drop the birds on your doorstep with your mail, because someone that is inhumane (but putting 25 1-day old birds in a box isn’t). Fortunately our post office is only 10 minutes away, so we were able to get the keets (that’s what they call baby Guinea fowl) before they had to spend the weekend one the shelves at the P.O.

Let me say, we have NO idea what we are doing. I had a parakeet when I was 12, and that is the total of our collective bird-raising experience. We went to my new most favorite place in the world – Tractor Supply Company – and bought a heat lamp bulb, a 30lb bag of high-protein chick starter, a plastic feeder and a water feeder. Fortunately someone saw us looking around that the different feeders and gave us some advice (“buy the large one, the small one will be useless in a week”, those buggers drink a lot). So, for about $30 worth of supplies and $80 worth of keets, we are hoping to have the biggest tick fighting force in the neighborhood. It also turns out, that in packs of 6 or 7, Guinea hens are even tough enough to bait and kill snakes – so we might not have any of those either!

← The House
One down…25 left →
Feathers and Flannel documents our life homesteading on a small farm 90 miles outside of New York City.