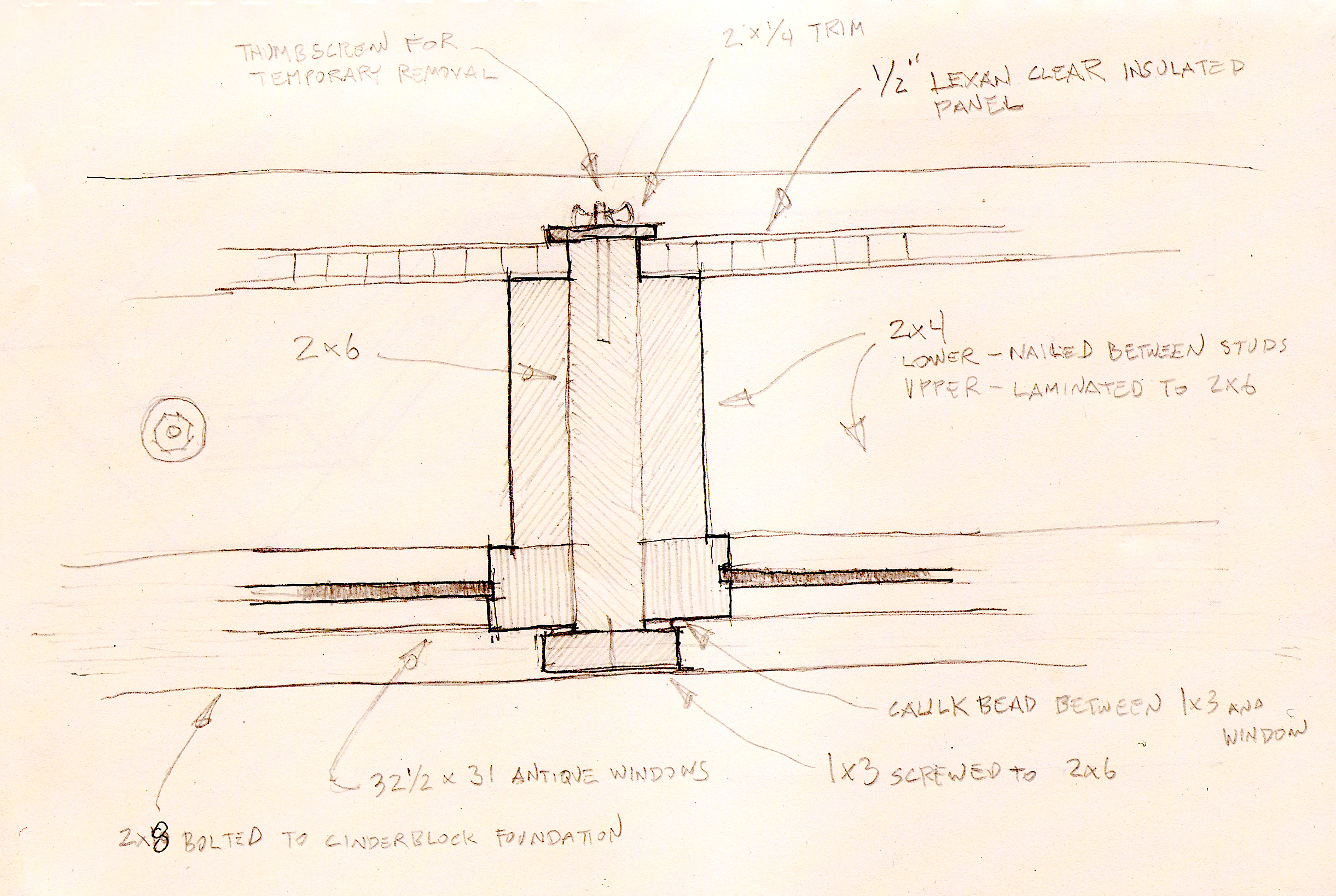 The plan is to use old single-pane divided light windows for the walls of the greenhouse. The windows were practically free, and we think the older and weathered aesthetic they bring will go better with the other buildings on the farm.

The challenge of the old windows is three-fold: they aren’t structural, they aren’t insulated, and we want to retain their current weathered look as much as possible so we can’t alter them a lot. This means we need to come up with a wall system that works more like an architectural curtain wall (like most skyscrapers) where the windows are just “clipped” onto the facade. Additionally we need a wall detail that can include and insulating layer during the winter season.

After a few designs the detail below is what we’ve decided to go with. The drawing shows the wall in plan, the main structural element is a 2×6, with a 2×4 on either side. It’s a little over-structured, but they will be spaced at 32″ apart instead of the typical 16″ for a 2×4 wall.

The 2x4s are aligned alongside the 2×6 in such a way that the windows can fit against the 2x4s and their front face will sit flush with the 2×6. A thin furring strip will run along the outside face of the 2×6, clipping the windows into the wall.

Now that the detail is resolved, on to figuring out how this building works in section. 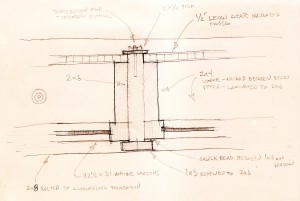