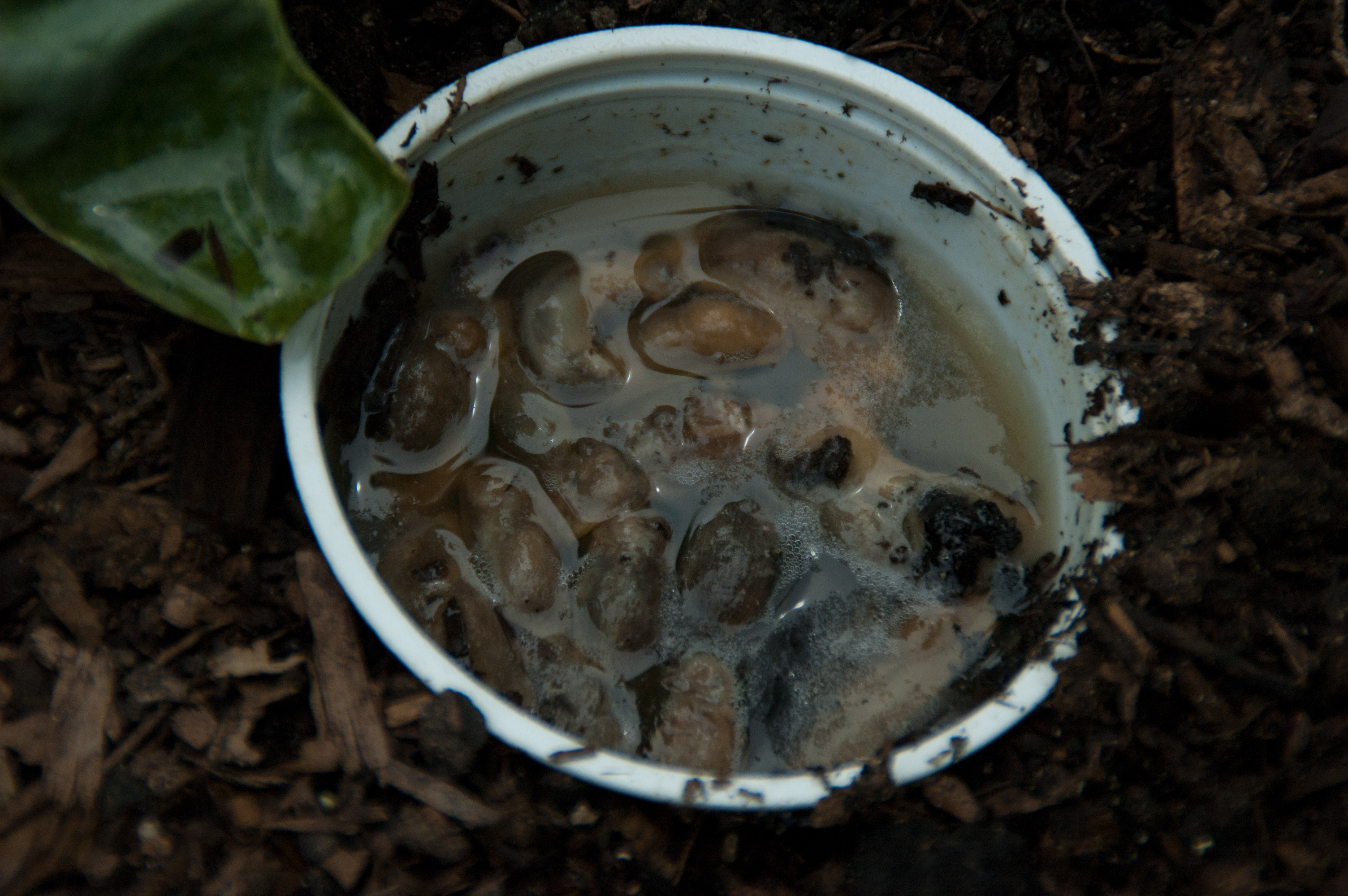 This summer something has been eating holes in all of our Cruciferous vegetables. After a little research we found it was slugs. It didn’t involve too much research, there are literally hundreds of slugs around the farm, each morning there are 10 or so on the steps, another 10 or 15 on the walkway – you get the picture. We asked a few friends for suggestions and ended up with slug traps.

The traps are ridiculously simple. We stuck a few old yogurt containers in the garden, pushing them down in the dirt up to their lip, making simple plastic lined holes in the garden. We then filled the cups with beer. Next morning, we found a cup full of bloated dead slugs. The slugs are attracted to the smell of the beer, crawl in the cup and drown in a state of drunken bliss. Its pretty high on the scale of grody scale, but really effective. 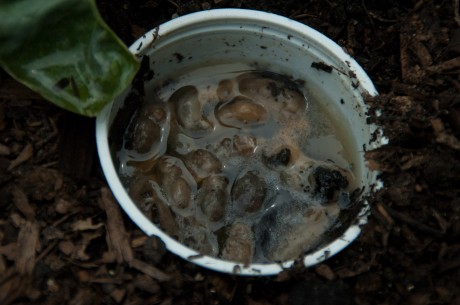