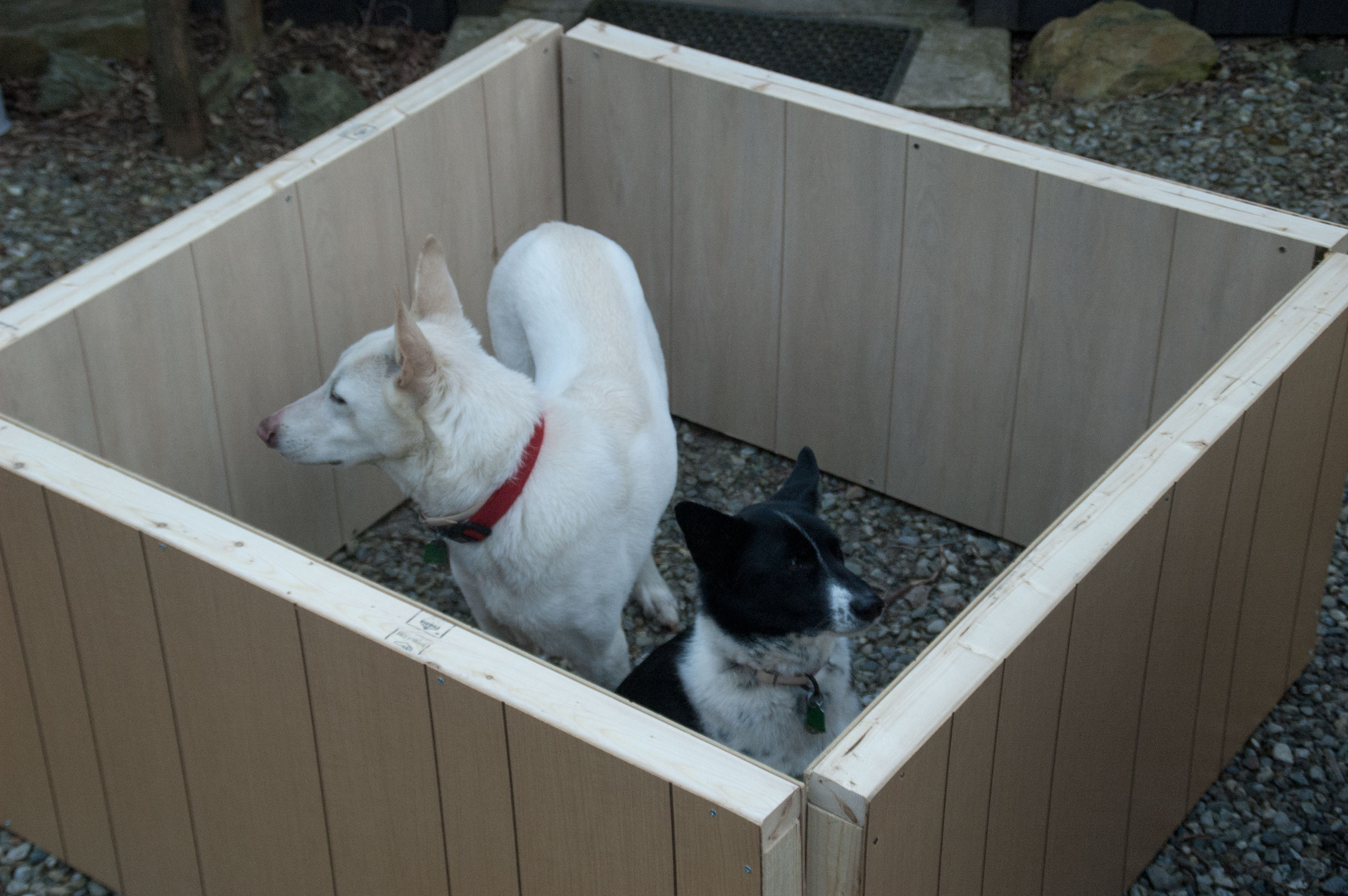 We are getting guinea hens again this year. We are optimistic they will survive, but even if they don’t they are a worthwhile investment to keep the ticks at bay. However, this year we have a better approach to raising them – at least we think it is better.

First, the bedding. Last year we raised them in plastic tubs lined with newspaper. This year we will try out wood chips as a base instead of newspaper. The newspaper was a nightmare as it isn’t absorbent enough and even with diligent changing every day the newspaper still allowed for poop to build up on the keet’s feet, forcing us to pick clean their feet every day. Not exactly a glamorous task. The wood chips should be better, the action of birds walking around will turn the chips and keep the poop from building up as easily.

Collapsable guinea pen being tested on the dogs

Secondly, the timing. In addition the switch in bedding materials we are also going to put the hens out sooner. Last year we kept them in the basement for 6 or 7 weeks. Besides the residual stink that wafted up from the basement into our living room, this was problematic as the tubs in the basement are not large enough for a big feeder. This meant that we had to change their food and water every day. While it isn’t time consuming, it is difficult to go away for even a weekend. This year we have built a pen that we can put into their outdoor coop.  The pen is built as two sets of hinged panels with insulation. The two halves fold open to 90 degress and butt up against each other to form a rectangular pen. We can start with the two side overlapping, making a small pen, and then expand it as we need more more. The panels each have foam insulation, and coupled with a foam sheet across the top and a heat lamp, the set-up will keep the birds plenty warm even though they are outside. With this new set-up the plan is to put them in their coop after 4 weeks. The new pen also has enough room to fit a full size feeder and waterer, allowing us to leave the birds unattended for several days if necessary.

The construction of the pens is rather simple. We bought two sheets of fake wood panelling at Home Depot. Since the panels were going to get scratched by the birds, we didn’t care what it looked like and we were able to get the panelling for cheap by buying it from the damaged rack. With a few two-by-fours we built a simple frame and faced it with the panelling. We cut 1.5″ foam insulation and used it to fill the panels, we already had some old insulation laying around. The panels were joined with an inexpensive piano hinge and then we put some cheap door handles on top, making it easy to fold and carry the panels for storage.