As the weather has gotten cold we’ve had set up the Guinea’s for the winter. We’ve added a heat lamp to the coop, a water heater, and have been stocking the feeder with a lot more food since they aren’t getting their protein in the yard. Warmth, water, and a buffet of food has attracted other animals as well – rats.

They have gotten pretty brazen, you can see them hopping around in the coop and they don’t immediately run when you approach. They are aerating the dirt floor with numerous holes, and they have taken up residence in the walls. I know we will always have some rodents at the farm, but they are stealing all the Guinea eggs for themselves, so we started a war on the rats.

The first attempt to kill them was using a classic wooden rat trap. I slathered it in peanut butter and set it up next to one of the holes in the wall, but outside of the coop (since the Guineas are too likely to trip the trap and break a foot). No luck. The rats clearly prefer the Guinea feed, so we tried putting that in the peanut butter on the trap. Still no luck, eventually after a week of the trap sitting empty we gave up.

The second attempt was as smarter rat trap. Our neighbors had recommended a more home-spun method that involves a bucket of water, a string, and a can. However the water will freeze this time of year and render the trap ineffective, so we decided to try a Rat Zapper. We had heard good things from a few friends in the city about these, so we decided to give it a shot. The Zapper is covered, so we figured we could safely put it into the coop near the food and the Guineas wouldn’t step in it. We loaded it up with feed, and even some tasty dog treats, and set it out. Again, no luck. The rats ran around, over, and burrowed under it – but didn’t go in it.

The third attempt involved firepower, the Ruger 10/22. I let the birds out for the day and set up at the window looking into the coop. Five minutes later a rat stuck its head out of the hole – a shot and a miss. Another 15 minutes, another rat, another shot, another miss. I finally got one on the 3rd attempt. So, it was better than the traps, but clearly would take a while. 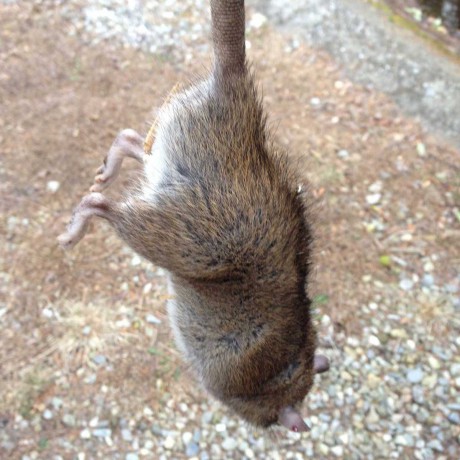 I’d like to work on my shooting skills so I can easily pop a rat with a .22, but I also wanted to eliminate the rat problem this year and I feel my .22 training is going to take longer than that. After a conversation with my father in-law I found a solution, .22 bird shot shells.

The .22 bird shell is a .22 caliber round with super tiny pellet shot. It dirties up the gun, and you can’t use the clip on the semi-auto as there isn’t enough kick to eject the round, but it works. You only need one shot. The spray is about 2 feet in diameter at 15 feet, so you can practically shoot blind. I set up again and clipped 3 rats in a matter of an hour, using only 3 bullets. 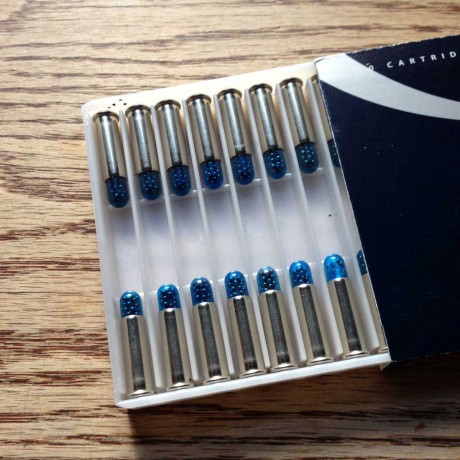 Four rats isn’t the full population, but I definitely thinned the herd. I haven’t seen any since I shot the four, but there are still tell-tale holes showing up in the floor of the coop, so I’m likely to spend my holidays camped out again with a coffee, the 10/22, and a box of bird shot rounds.

← Garlic
Christmas →
Feathers and Flannel documents our life homesteading on a small farm 90 miles outside of New York City.