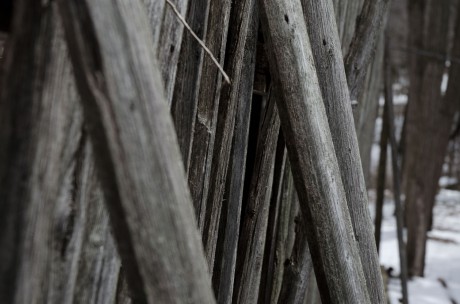 Our driveway is long, so long it shows up as a road on Google maps. Along the length of the driveway is over 300′ of wood fence. It’s finally come to the point it where it is so rotten it is no longer effective. The cross bars have deteriorated to the point that the uprights keep falling out, opening gaps in the fence through which our (ill-behaved) dog Lucy escapes almost daily. We are replacing the fence next week and confronted with the question of what to do with almost 2000 sqft of wood. As an experiment we have decided to try making reclaimed wood boxes and trays. 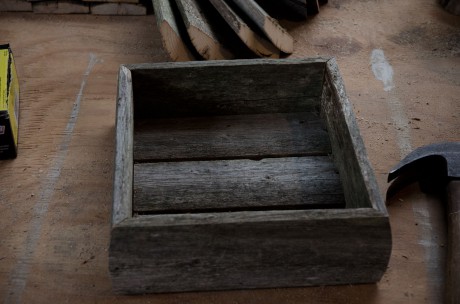 It is a simple exercise since all the wood is a consistent thickness, the only challenge is that it is rounded on one side, consequently we decided to mitre the corners instead of a simpler butt joint. 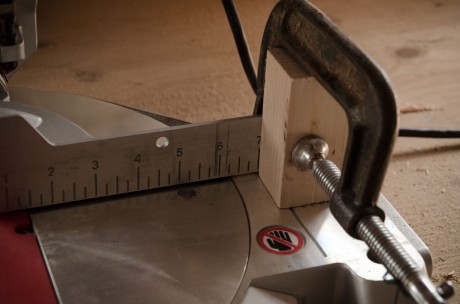 To consistent making a lot of cuts we used a vise to attach a block to our chop saw. This makes it easy to make multiple cuts of the same length. We chose to make square boxes so we only needed to cut boards of two lengths, one length for all the sides and one for the bottoms. 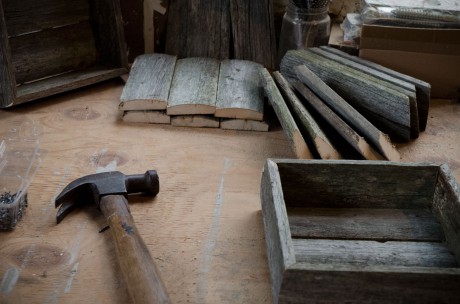 We have a finish nail gun, so after hand hammering just a couple of nails to tack the three bottom boards to one side, we were able to quickly nail all the other sides together in a matter of minutes.

After making a few boxes for use in the house we switched to making frames. We had bought a few pairs of unidentified antlers, probably deer, and stripped them of the fur and flesh using boiling water and Biz detergent (an enzymatic cleaner that dissolves flesh effectively). With the antlers stripped we mounted them to squares of old barn wood using picture wire and then crafted frames with the fence slats. 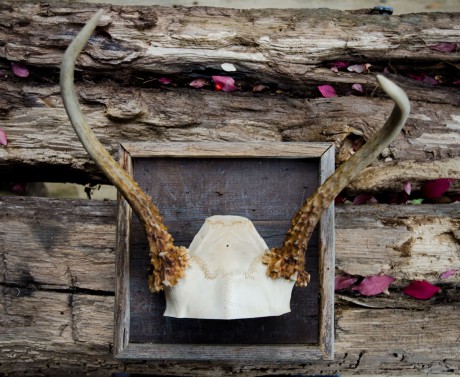 ← Eating the Guineas
Guineas: The New Flock →
Feathers and Flannel documents our life homesteading on a small farm 90 miles outside of New York City.