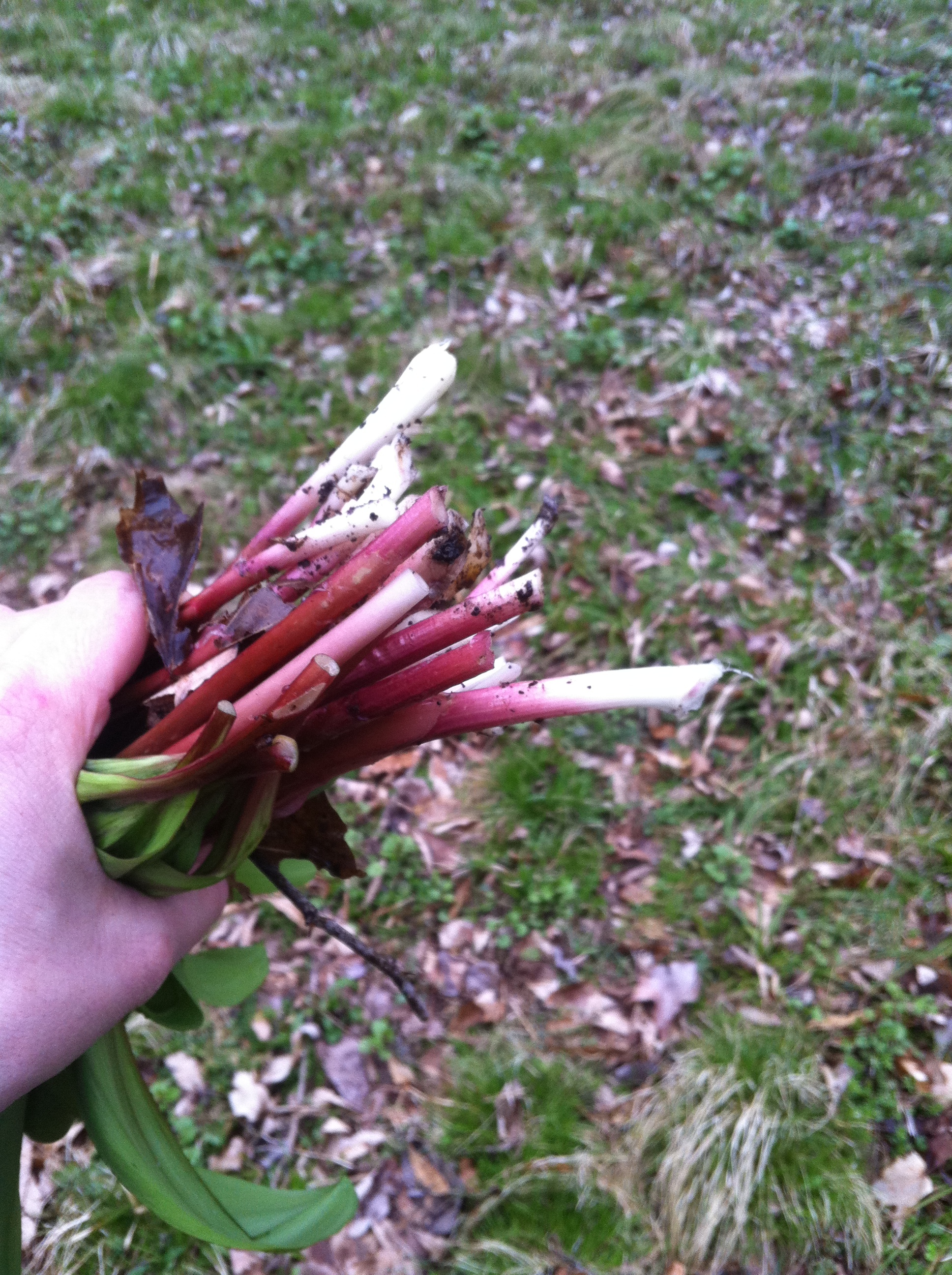 Wild daffodils are sprouting up in every open patch on the whole 9 acres. Along with the daffodils are patches of green sprouts, a little different than the daffodil leaves and unidentifiable to us novices. At first we thought these patches of green sprouts might be Trilliums. However this week some other previously nondescript leaves flowered and revealed themselves as Trillium, so we looked harder at the green sprouts. After a check in the edible plant guide, and a quick test nibble, we were excited to learn they were ramps!

They are everywhere, but we didn’t want to over harvest and destroy our new found bounty, so instead of pulling them out bulb and all I tugged them up until I could see white and cut them off below the ground. This will supposedly leave the bulbs to produce again next year, but still leaves us with tasty leaves and stems. 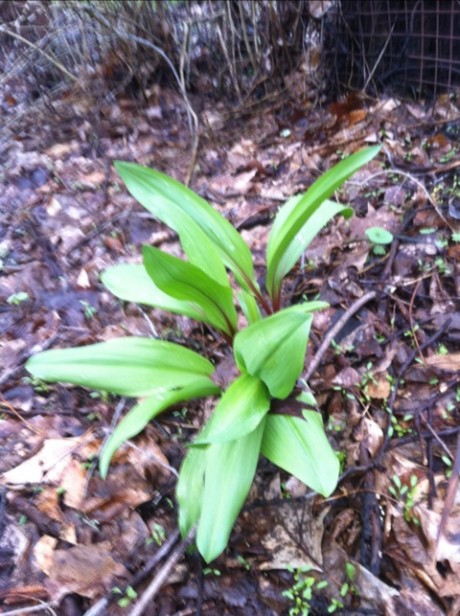 ← Closer and Closer to Their Fresh-Air Future
Free like a bird, and dumb like a brick →
Feathers and Flannel documents our life homesteading on a small farm 90 miles outside of New York City.